Sierra Vista, Arizona is the largest city in Southeast Arizona located just south of Interstate 10. The local community is representative of the larger region consisting of large populations of military, students, families, and retirees.

The City of Sierra Vista itself is 44,200 people and serves a direct metropolitan region of 110,000.

As the hub in the region, the 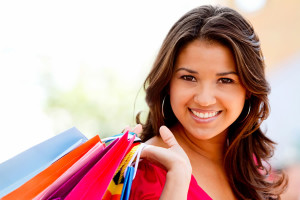 community also serves Mexico Nationals who frequently use the Douglas and Naco border crossings to shop within Sierra Vista and enjoy the tourist destinations. These include the cities of Hermosillo, Nogales and Agua Prieta. Hermosillo hosts more than 640,000 people.
While the U.S. population is primary Caucasian, there are a multitude of European ethnic diversities along with between 32% to almost 40% having Hispanic origination.

The Sierra Vista region is a hub for college students. Located within the local area is Cochise College with campuses in Benson, Willcox, Douglas and Sierra Vista hosting approximately 6,000 students. Additionally, the University of Arizona, Sierra Vista, houses another 400 or so students. When you expand the horizon to include Tucson, the student population increases significantly to include the home campus of University of Arizona with almost 40,000 students and 68,000 enrolled at Pima Community College. Other campuses include:

You are now leaving the City of Sierra Vista website.

The City of Sierra Vista provides links to web sites of other organizations in order to provide visitors with certain information. A link does not constitute an endorsement of content, viewpoint, policies, products or services of that web site. Once you link to another web site not maintained by the City of Sierra Vista, Arizona, you are subject to the terms and conditions of that web site, including but not limited to its privacy policy.

You will be redirected to